The Prague Relativistic Astrophysics group is a part of the Astronomical Institute of the Czech Academy of Sciences. We perform research at the confluence of astrophysics, general relativity and cosmology. Welcome to our homepage. 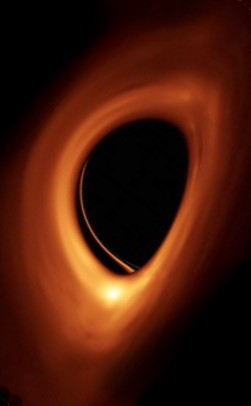 Gravitation plays a major role in shaping our universe. Deep in cores of stars, mass is converted into energy, enabling them to shine, while matter curves space and determines the pace of time. General theory of relativity provides the framework to study effects of gravity acting in the cosmos. Developed by Albert Einstein a century ago and preconceived, as early as in 1911, during his professorship at Prague university, general relativity has successfully stood the test of time. Indeed, current understanding of how the cosmos began and evolved are founded on Einstein's theory.

Black holes are cosmic objects with most extreme gravity in their neighbourhood. Anticipated by John Michell in London back in 1783, the modern era of black holes starts with Karl Schwarzschild's beautifully simple solution to Einstein's equations. Nowadays, many astronomers do believe that black holes exist in several variants: as collapsed stars, as supermassive dark objects in nuclei of galaxies and quasars, and, possibly, inside globular clusters. Black holes could prove to be powerful sources of gravitational waves, which have been also predicted by the theory.