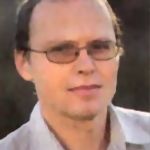 Vladimír Karas is Research Scientist and Professor of Astrophysics at the Astronomical Institute of the Czech Academy of Sciences, which he joined in 2004. He has since then taken charge of Relativistic Astrophysics program. Before coming to the Prague section of the Institute, Vladimír held a position of Associate Professor of astrophysics at Charles University and Visiting Scientist at several places: Trieste, Rome, Paris, Gőteborg, and Baltimore.

Vladimír's research includes topics in relativistic astrophysics. He has developed several fast numerical approaches to study effects of strong gravity via light variations from sources near a black hole. Vladimír is also interested in the motion of stars embedded in a dense nuclear star cluster, in particular, an interaction between stars and their environment in the immediate vicinity of galactic nuclei. More recent work deals with signatures of frame-dragging in twisted shapes of magnetic field lines: an interplay between Mach and Meissner effects near compact magnetic stars.

Vladimír has served as a director of the Astronomical Institute in the period 2012-2022.